Australia is one of the sunniest countries on the planet, and as a homeowner, you're in an ideal situation to use this to your benefit. Solar energy systems have been around for quite a while, but recent years have seen a massive growth in the number of small-scale solar systems being installed in homes and business across the country. In 2016, over 130,000 systems were installed and 2017 is on track to dramatically exceed this number.

There are two main reasons why so many Australians are choosing to install solar systems to provide their homes with energy. The first is financial. With the price of non-renewable energy continually rising, reducing or completely eradicating energy bills by using solar power is an attractive option. The second is environmental. With a growing consciousness of how fossil fuel powered energy is negatively impacting the environment, the clean power produced through solar systems is highly appealing.

Due to demand and innovation, the cost of solar systems is now more affordable than ever. There are also State and Federal subsidies that can reduce the cost even further. The systems themselves are also more effective and efficient than ever. Here are two groundbreaking pieces of solar power technology that you might like to consider for your home:

One of the most criticised aspects of solar energy systems was that the power they produced was only available during daylight hours. For most households, the peak power consumption time was in the evenings, meaning that they still relied heavily on a traditional power supply for most of their energy needs. This means that the financial and environmental benefits weren't effectively offsetting the cost of installment.

Power storage batteries have rendered these criticisms obsolete. During the day, the energy produced from the solar system is stored in the battery while your household members are at work or school. The stored power can then be used when it's dark and the solar system isn't generating immediate power.

Solar roof tiles are an exciting and completely new way of harnessing power from the sun. Instead of installing solar panels on top of a standard roof, this product turns your entire roof into a solar power generating surface. Solar roof tiles function equally well as a roof covering and are more aesthetically pleasing than large solar panels.

The concept for solar roof tiles was launched by Tesla, and the product is about to hit the Australian market. Other solar power manufacturers are already developing their own solar roof tile products, so the price will make them a cost effective and readily available addition to your home.

A solar energy system will help you to create a more affordable and sustainable home. Contact your local solar system providers to discuss which products will be best suited for your home. 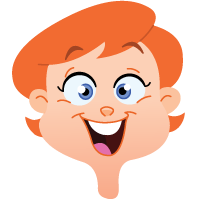 Energy -- you need it to survive. Whether you live off the grid or in a totally conventional setting, you need energy to power your electronics, power tools, heater and other necessities. However, there are a vast range of choices you can explore when it comes to energy. You can embrace wind, water or solar power, and on top of that, there's coal-based power, propane, diesel, and lots of other substances that can help you generate power. In this blog, I'm going to talk about energy and how it impacts your home, business or farm. I will talk about everything from choosing an energy source, to reducing energy usage, to improving your relationship with energy. Thanks for reading.

Considering Solar Power For Your Home? 2 New Solar Innovations That Make It Even More Appealing
31 May 2017
Australia is one of the sunniest countries on the planet, and as a homeowner, you're in an ideal situation to use this to your benefit. Solar energy s …

Asbestos Removal: Why it's Important for Your Health
30 December 2016
There are several reasons why you should have asbestos removed from your home, office or work location. by a service like Total Asbestos Services. Key …